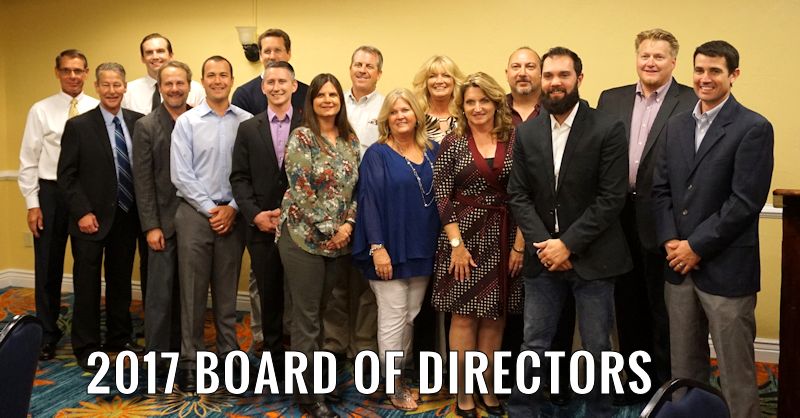 Ed Griffith Installed as Board Chairman 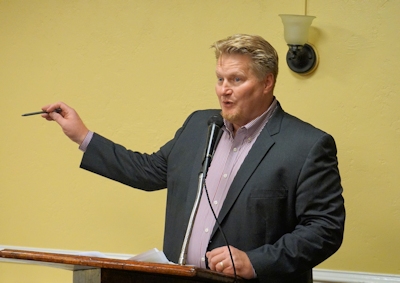 Ed Griffith was installed as the Board Chairman during the Chamber’s annual installation ceremony and awards presentation held recently at the Holiday Inn, Port Saint Lucie. Nearly 100 Chamber members attended the annual event. Ed also led the Chamber in 2009. Ed is the general manager of the Courtyard by Marriott Hutchison Island and the Hutchison Shores Resort & Spa opening in July. During his acceptance speech, Ed emphasized member development as his top priority. He also champions tourism and education. Ed, his wife Michelle, and their three children are members of the Shorelife Church. He is a recipient of the President’s Award from Marriott International. Other awards include Frank A. Wacha, Sr. Achievement Award 2011, Citizen of the Year 2009, and the Gene Hoke Distinguished Service Award 2008. He served as chair of the Chamber’s Education Committee 2010-2015. Ed is past president of the Martin County Convention & Visitors Bureau and the Martin County Hotel & Motel Association. He currently serves as president of The Entrepreneurship Foundation., Inc. 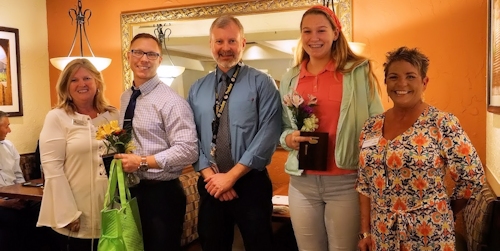 January’s member networking luncheon was held at the Olive Garden Italian Kitchen, Jensen Beach. Members can join the Education Committee and support committee initiatives, such as the teacher and student of the month, by calling the Chamber at (772) 334-3444. Gift donations for the teachers and students honored are encouraged. 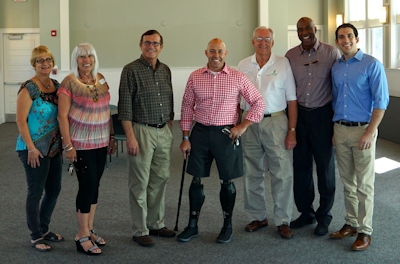 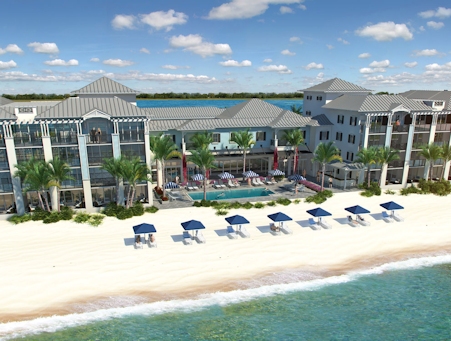 To be eligible to win… 1. You must be a Jensen Beach Chamber of Commerce member in good standing. 2. Register as a mini-membership drive contest par?cipant with the Chamber o?ce. 3. Sign up a minimum of 5 new business members. The Chamber member who signs up the most new members between now and the new Hutchinson Shores Resort & Spa Grand Opening, will win a complimentary two night stay. In the event of a ?e, winner will be decided by revenue generated or if necessary by random drawing. Membership applicatons can be downloaded by clicking HERE, or can be picked up at the Jensen Beach Chamber of Commerce o?ce, 1960 NE Jensen Beach Boulevard. Please call the Chamber (772) 334-3444 to register as a contestant and with contest questons.